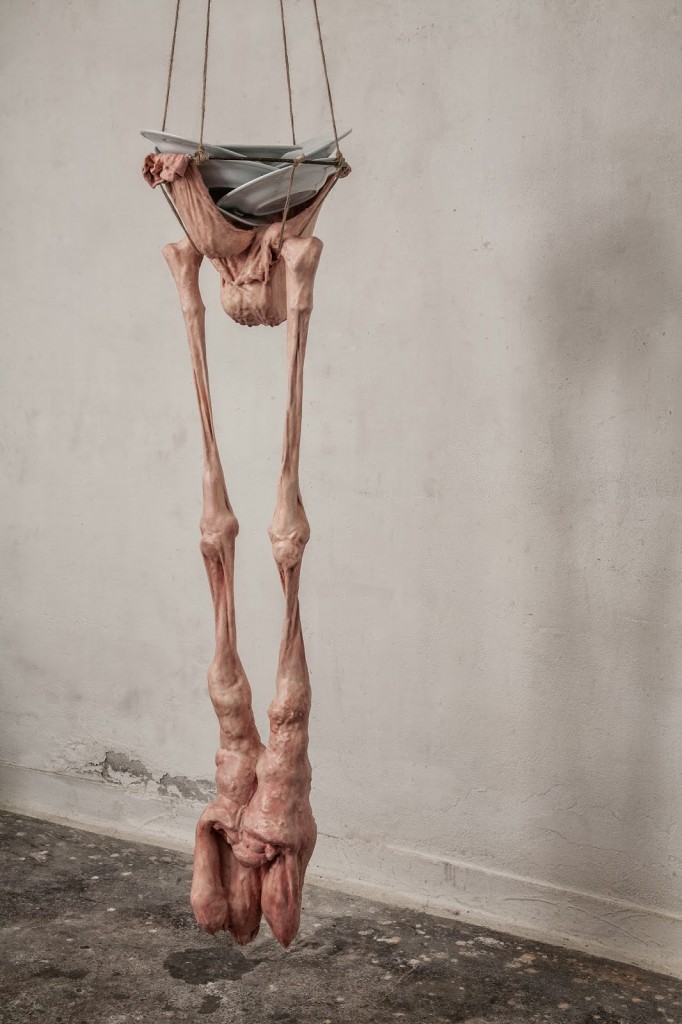 Francesco Albano – THE AGE OF GAMES HAS GONE – hyperrealiste sculpture

Francesco Albano graduated from Fine Art University of Carrara in 2000 and won the National Prize of Arts – MIUR for sculpture in 2005. He had his first solo show titled ‘Everyday Bestiary’ in Milan in 2008 and second solo show titled ‘Five Easy Piece’ at Ex Marmi Gallery in Pietrasanta in 2009. In 2011, his works were exhibited in group shows titled ‘The State of Art, Tese di San Cristoforo, Arsenale’ in Venice concurrent with Venice Biennial and ‘P.I.E.T.A.S.’ at Studio 9 in Istanbul.

Check out Albano’s skincentric sculptures below, which transform our banal bodysuits into a glorious labyrinth of cellulite and wrinkles. Monstrous, animal and human, the works prove that skin is at its most fascinating when delivered raw.