Aerial taxidermy art by Claire Morgan, born in Belfast in 1980, and now lives in London.
She graduated from Northumbria University in 2003 with a first class honours degree in Sculpture and is now based in London. Claire has exhibited internationally, with solo and group shows in UK and Europe, and museum shows in US and Australia. 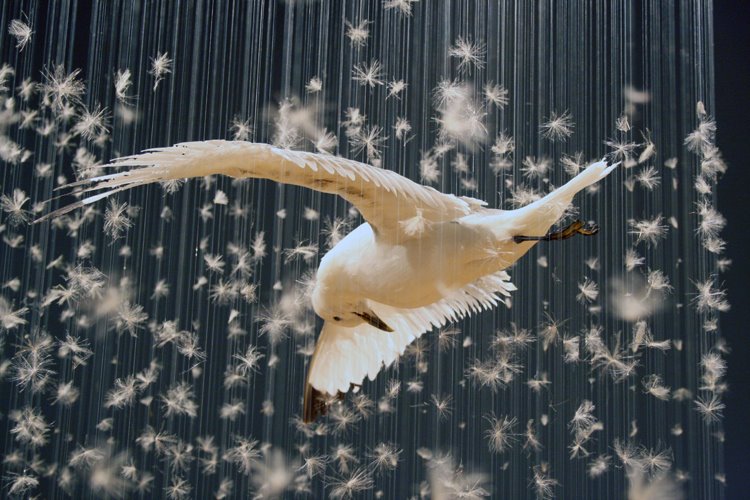 “My work is about our relationship with the rest of nature, explored through notions of change, the passing of time, and the transience of everything around us. For me, creating seemingly solid structures or forms from thousands of individually suspended elements has a direct relation with my experience of these forces. There is a sense of fragility and a lack of solidity that carries through all the sculptures. I feel as if they are somewhere between movement and stillness, and thus in possession of a certain energy.Animals, birds and insects have been present in my recent sculptures, and I use suspense to create something akin to freeze frames. In some works, animals might appear to rest, fly or fall through other seemingly solid suspended forms. In other works, insects appear to fly in static formations. The evidence of gravity – or lack of it – inherent in these scenarios is what brings them to life, or death.”