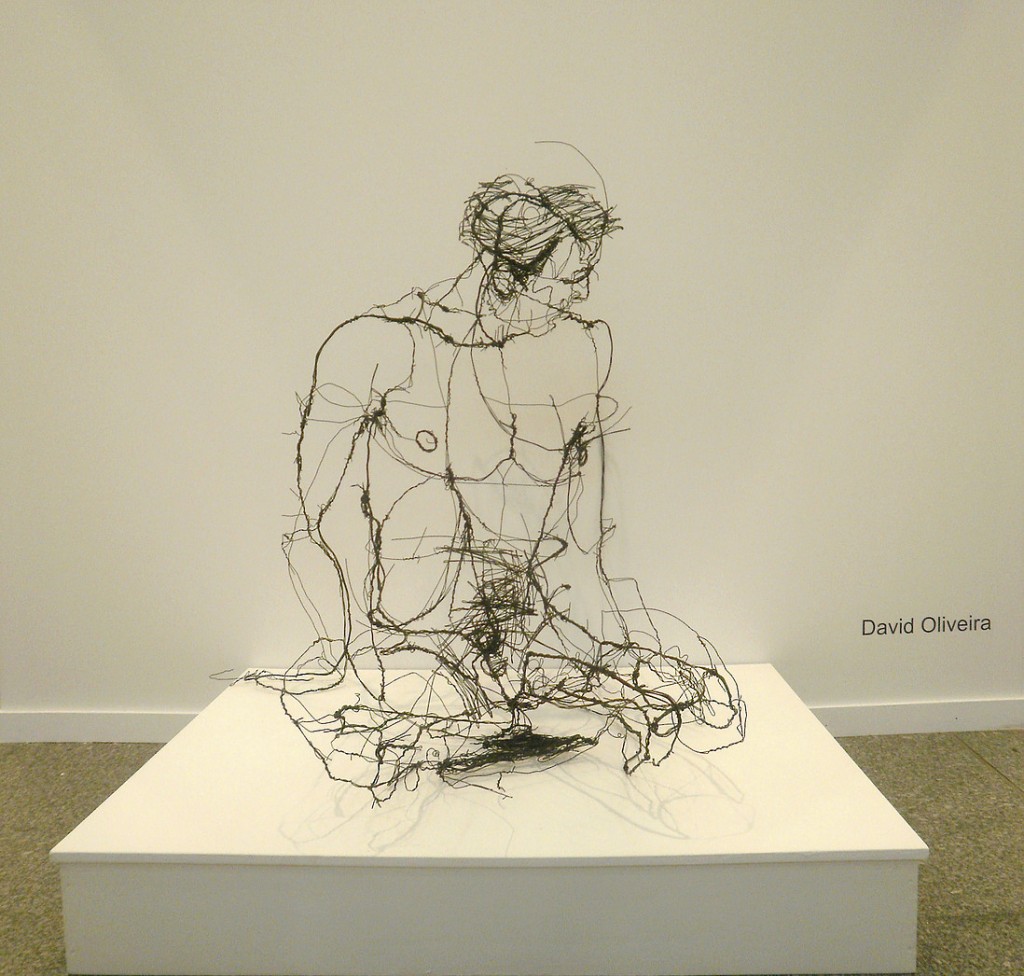 David Oliveira works are essentially a work of visual perception to the viewer. The truth behind each work lies on each one memories and their ability to stare and see.
Davids works are fragile, made of humble material and intimately related to the idea of the passage of time, in which, like with a human body subject to the role of the years and opposite to Oscar Wilde´s idea, his works do get old and get a “patine”. It´s over this idea of a continuous time schedule that David works his figures.
His figures play with their presence and their invisibility at the real space. This duality between opposite concepts is a constant in his work.
David innovative method relies in the Drawing methodology in surrounding areas through the use of the line, a line that in the hands of David becomes three dimensional and lives in the sculpture´s filed.
The Flesh in his works is not a barrier but work as a door to a new interior or exterior world. The idea itself of interior | exterior is questioned existing only in the perceptive path.
There are no boundaries in David´s work, this boundaries are put by each one only because each one as their own ideas of logic and knowledge.
Everything in his works, as we found in nature, relay on a structure. For David Oliveira his works must exist under the same conditions as everything in nature, nothing stands forever. Everything has a finite live, occupies a space (virtual or not) and are free. (text : Facebook profil)