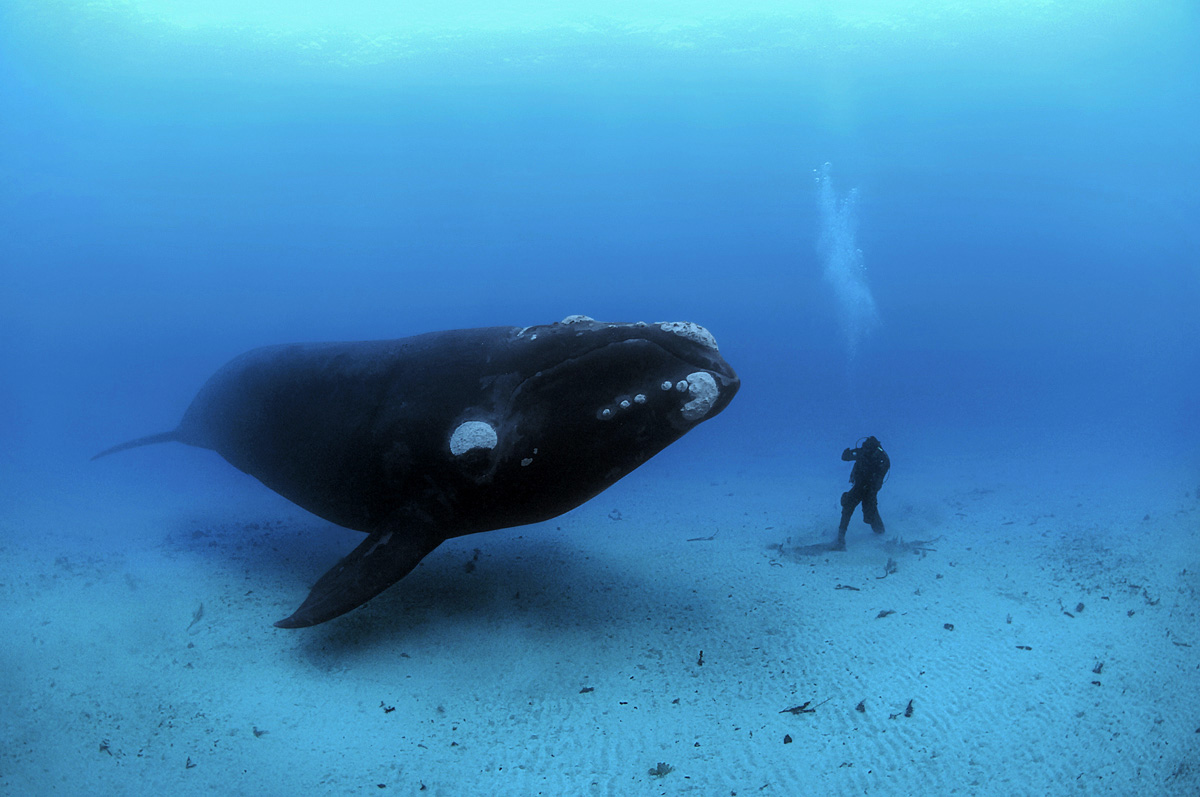 “Photographer Brian Skerry shoots life above and below the waves – as he puts it, both the horror and the magic of the ocean. Sharing amazing, intimate shots of undersea creatures, he shows how powerful images can help make change.”

The ocean’s glory — and horror (source)

Aquatilis Expedition – an epic underwater journey through the world’s oceans, set to explore the world’s most extraordinary creatures (More photos and videos! And a lot of other stuff to amaze and entertain the whole world of curious people).

Even $5 will be helpful for us – we need to start repairing our vessel this summer and this campaign is the only chance. You can get cool full-sized photo of your choice and much more for bigger contribution. More is better We’re not asking for big money, but for us your support is really important.

Following the lead of Hungary, Costa Rica and Chile, the government of India has recognized dolphins as non-human persons. The decision means that India has officially banned the capture and importation of dolphins for commercial entertainment. It also heralds the closure of dolphin parks throughout the country.

The move is based upon the Declaration of Rights for Cetaceans, drafted in Helsinki, Finland three years ago, in which scientists state: “We affirm that all cetaceans as persons have the right to life, liberty and well-being.”

Puja Mitra, an outspoken member of the Federation of Indian Animal Protection (FIAPO) was quoted in Deutsche Welle as stating:

“They share intimate, close bonds with their family groups. They have their own culture, their own hunting practices – even variations in the way they communicate.”

Scientists have long suspected that cetaceans, which include dolphins, porpoises and whales, are creatures of high intelligence and emotional empathy. Their research has concluded that cetaceans exhibit complex behaviors that put them on par with human beings and, as such, they deserve to be protected by a bill of rights.

Research has shown that dolphins and whales have intricate vocal communication. Indeed, they have specific names and use unique whistles to call each other. The specific whistles were recorded and played back to members of a pod and then again for members of another dolphin group. Dolphins have the ability to recognize their own reflections, understand abstract concepts and utilize tools.

From a BBC report:

“The researchers found that individuals only responded to their own calls, by sending their whistle back.

The team believes the dolphins are acting like humans; when they hear their name, they answer.”

Dolphins and Orcas have displayed impressive evidence of organized thought and have been observed caring for an injured member of their pod for as long as a year. They have also been observed aiding fishermen in exchange for a portion of the catch.

Despite the scientific findings, Japan leads the world in the number of dolphins held in captivity: 600 held in 65 different facilities. In the United States, there are now 30 facilities, down from 44 twenty years ago. Internationally, the number of cetacean parks has been declining.

A report in the Japan Times states:

“The United Kingdom closed all its dolphinariums back in 1993 and more than 23 other nations, including Australia, Mexico, Thailand and Croatia, have either banned the catching or trade of wild dolphins, or keeping them in captivity. This is mainly due to a growing belief that to do so constitutes a form of animal abuse.”

The recent documentary “Blackfish” shines a light on the mistreatment of Orcas, or “killer whales” which are a species of dolphin, at Sea World, the most famous marine park in the world.

Deutsche Welle noted that Puja Mitra, of (FIAPO) has stated:

“The majority of dolphins and whales in captivity have been sourced through wild captures in Japan, in Taiji,  in the Caribbean, in the Solomon Islands and in parts of Russia. These captures are very violent. They drive groups of dolphins into shallow bay areas where young females whose bodies are unmarked and are thought to be suitable for display are removed. The rest are often slaughtered.”

In case you missed it the first time, you can sign on to the Cetaceans Bill of Rights HERE.