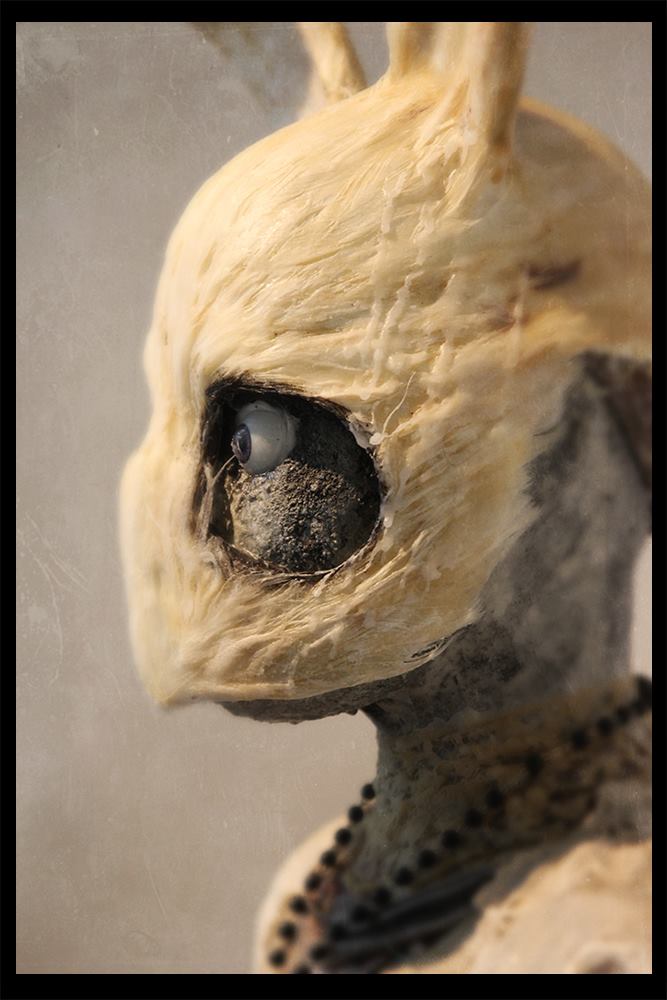 Paul Toupet is a designer who was born in 1979 in Paris. Trained at the famous Penninghen art school and at the Workshop of Fine-Arts of Glacière in Paris, Paul Toupet has worked on the theme of human representation since 1996.Since May 1999, he displays his very particular and resolutely modern “Wax Puppets”: nucleated eyes, mouths vomiting braids, dressed in torn tissue or feathers, at a human or a child scale…

His art sometimes evokes childhood, sometimes mummies, the charred bodies of Pompeii, it revisits African art or religious art. The work of Paul Toupet is the fruit of multiple influences which are mixed and embezzle to create a poetic or provocating , a peaceful or scary world, according to the spectator’s gaze.

He is inspired by this artificial creature which have many anatomics possibilities. His work aims at transcribing a pure act of creation by the means of the unconscious which is expressed by the body. The Dolls of Paul Toupet seem to be out of time. This hybrid being would be involved in the formation of an intangible universe. Inanimate, almost eternal, it belongs to the uncanny but it is not devoid of a certain humor, even of a touch of burlesque. Dolls are spatial and temporal representations of the mores and folklore of a society.They materialise a certain conception of desire and phantasm.